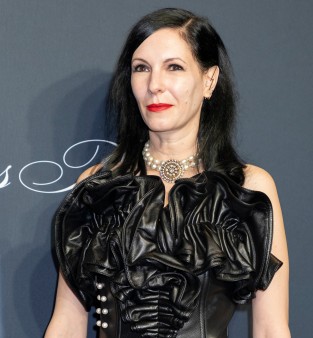 May is National Melanoma/Skin Cancer Detection and Prevention Month. The month is dedicated to increasing public awareness of the importance of skin cancer prevention, early detection, and treatment. Skin cancer is the most common form of cancer in the United States. Estimates suggest that more than 3 million people are diagnosed with skin cancer each year in the United States, according to the American Cancer Society.

Now that we’ve got the PSA out of the way lets talk Botox. Jill Kargman, an American author, writer and actress, based in New York City’s Upper East Side and known for the Bravo show Odd Mom Out, did an interview with Self magazine talking about her battle with melanoma. Her self described “medical dermatologist” had been monitoring her various moles, but when she brought up the topic of Botox for some wrinkles she wanted to make go away, he said, “I could make a fortune doing it, but I don’t feel like injecting poison in people’s faces. If you really want this, you need to get what I call a scumbag dermatologist.”

Enter scene Dr. Anita Cela, who Kargman described as “a cool, attractive, un-Barbie New York mom with a thriving practice, chill bedside demeanor, and relaxed, natural vibe.” Dr. Cela helped with the Botox but also took a look at a mole that Kargman was worried about despite her first doctor saying it was fine. Jumping ahead, it turned out to be a rare type of skin cancer that led to surgery.

The morale of the story is doctors aren’t perfect. Trust your instincts, do your homework and make sure to get checked out regularly.

✌????tbt✌????2010. Y’know what was so not fun? Having melanoma. This nine-inch scar keeps going up and they had to take the lymph nodes out of my vag. Because of a fuckin MOLE gone cray. May is Melanoma Awareness month. Please get checked and spread the word before a stupidass dot can spread into this shit...