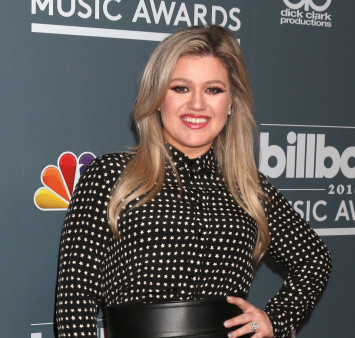 Kelly Clarkson Feels Better Than Ever

The singer dropped 40 pounds using a healthy approach to dieting.

Season 14 of The Voice just concluded and Kelly Clarkson showcased the healthiest version of herself since 2013 while hosting the 2018 Billboard Music Awards.

Being in the entertainment industry creates added stress for many celebrities because they are expected to be thin and look glamorous 100 percent of the time. Clarkson is one of the few celebrities who does not always reflect this expectation, and believes that society should be accepting of all people, no matter what they look like physically.

She took a healthy approach to dieting and ensured that she was eating all the right foods without starving herself. She was able to take a simple approach by minimizing her sugar intake and adding more vegetables to her diet.

Not only has Clarkson cut out certain food groups from her diet, but she has also worked on portion control and eating lean proteins like chicken and fish. She has been eating salads for lunch, completely cut out soda from her diet, and has been regularly exercising with a personal trainer.

In comparison to her previous unsuccessful diets, this one has produced such positive outcomes because “she is keeping it really simple and less of a diet and more just learning to eat healthy. She is now eating less too and feels great too,” Hollywood Life reports.

Clarkson demonstrates the effectiveness of a healthy diet, which oftentimes is not practiced by celebrities because they either resort to starving themselves, take weight loss pills or get surgery to perfect their bodies. She is an inspiration to all of her followers and serves as a role model to all her fans looking to lose weight and live healthier lives.