Cancer is not one but many diseases. How it develops and its symptoms, diagnosis and treatment vary widely based on cancer type and where it is located in the body.

Cancer refers to cells growing out of control. It can occur almost anywhere in the body. Solid tumors are malignant growths, or masses, that develop in the body’s organs and tissues. A majority of cancers are carcinomas, which originate in epithelial tissue, such as the skin and organ linings. Sarcomas, which are less common, develop in soft tissues, connective tissue and bones. Blood cancers (sometimes called liquid tumors), including leukemia and lymphoma, involve abnormal multiplication of white blood cells.

As it grows, cancer can spread to other parts of the body, a process called metastasis. This often occurs when cancer cells migrate from their primary or original site to nearby lymph nodes. Cancer cells can circulate throughout the body in blood or lymph vessels, and even a very small number of cells can produce new tumors. Cancer is classified according to its original location. For example, breast cancer that has spread to the bones is called metastatic breast cancer, not bone cancer.

Cells normally grow, divide and die in an orderly cycle as the body replaces worn out cells with new ones. When this cycle is disrupted, cells can develop abnormally, multiply out of control or fail to die on schedule. Cancer cells can often hide from or disable the immune system so it cannot find and eliminate them.

Cancer occurs when the genes that control the cell life cycle are altered. These include genes that promote cell growth (proto-oncogenes), those that turn off cell division (tumor suppressor genes) and genes that play a role in repairing damaged DNA.

Some people have natural mutations that raise their cancer risk, such as the inherited BRCA mutations associated with breast and ovarian cancer. Other mutations are caused by external factors. Toxic chemicals (such as those found in tobacco smoke) and radiation (such as ultraviolet rays from the sun or tanning beds) can cause genetic changes that lead to cancer. Some cancers are caused by viruses, including human papillomavirus (cervical cancer) and hepatitis B or C (liver cancer).

Still other mutations occur at random, and many people develop cancer without a specific known cause. Mutations accumulate over a lifetime, so older people are at greater risk of developing cancer; about 90 percent of cancers occur in people over age 50.

How is cancer detected?

Some types of cancer are diagnosed with screening tests, such as mammograms for breast cancer, Pap smears for cervical cancer, PSA tests for prostate cancer or periodic visual examinations for skin cancer.

In other cases, people with cancer notice symptoms such as an unusual lump or a sore that won’t heal. Blood tests, biopsies (removal of a small tissue sample for testing) and different types of imaging (such as CT scans or ultrasound) can confirm a cancer diagnosis. But many cancers have no symptoms during their early stages and are not diagnosed until they are advanced and hard to treat.

How is cancer treated?

Cancer treatment will depend on a variety of factors, such as where the cancer is located, its genetic characteristics, how large it is and whether it has spread from its original site to other parts of the body at the time of diagnosis. Cancers are classified by stage, which helps determine prognosis and treatment options.

Cancer has traditionally been treated with a combination of surgery, chemotherapy and radiation therapy. If a cancer is caught early enough, it can sometimes be completely removed, a procedure known as resection. People who have this type of surgery may also need chemotherapy or radiation therapy to kill any residual cancer cells that might remain.

Traditional chemotherapy drugs work by killing fast-growing cells. But in addition to cancer cells, it can also destroy rapidly dividing healthy cells, such as those in the gut, bone marrow or hair follicles, leading to side effects including nausea, low blood cell counts and hair loss.

Targeted therapies work against cancers with specific characteristics. For example, they may interfere with signaling pathways that regulate cell growth or prevent formation of blood vessels needed to supply a growing tumor. Hormone or endocrine therapy deprives tumors of hormones that stimulate their growth. Targeted treatment is often better tolerated than traditional chemotherapy, but the cancer may develop resistance over time.

Immunotherapy, the newest type of treatment, helps the immune system fight cancer. For example, some tumors can turn off immune responses against them, and checkpoint inhibitors can restore T cells’ ability to recognize and destroy cancer cells. The risk with this type of treatment is that it can trigger excessive immune responses that damage healthy tissue. Current immunotherapy drugs work for only a subset of patients, and it is not easy to predict who will benefit.

In some cases, treatment leads to complete remission, meaning no detectable cancer remains. Some cancers are considered cured if remission lasts five years or more. Other people experience partial remission, or tumor shrinkage, which can relieve cancer symptoms and prolong survival. Cancer is easier to treat if it is caught early, which is why it is important to get the recommended screening tests. 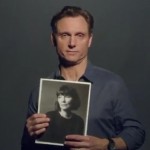 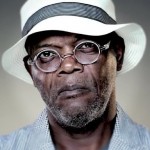 Male Cancer Awareness - One For The Boys