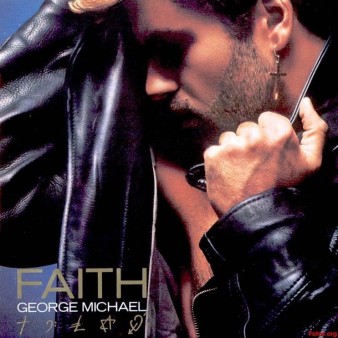 The pop star gave the world more than music.

Following confirmation of the death of George Michael on Christmas Day, in addition to the many tributes from fans and fellow artists, reports of the artist’s largesse began to surface in print and on social media.

The singer, who died of an apparent heart attack at his home in Oxfordshire, U.K., at age 53, was a champion of and fundraiser for many causes. Some of his charitable gestures were publicized; others flew under the radar; and sometimes, his generosity manifested in anonymous random acts of kindness.

In 1991, Michael quietly donated the proceeds of his chart-topping duet with Elton John, “Don’t Let the Sun Go Down on Me,” to the HIV nonprofit the Terrence Higgins Trust, of which he would become a lifelong supporter, keeping his subsequent repeated donations to the trust private. (Below, watch the singer perform the duet with Elton John at the Live Aid concert in 1985, years before it was released.)

According to The Irish Times, without much ado, the star donated all the royalties from his 1996 No. 1 single “Jesus to a Child” to Childline, a 24-hour counseling service for children dealing with child abuse, bullying and mental illness. Michael would come to donate millions of dollars to the charity but was “determined” that no one outside the charity know how much he had given, NPR reported.

And while many people remember the 1984 Band Aid single “Do They Know It’s Christmas?”(watch the video below) on which Michael sang and which was recorded to raise money for famine relief in Ethiopia, few may be aware that that same year, Wham! performed a benefit concert in support of striking miners in England.

Reacting to his death, Member of Parliament Jeremy Corbyn tweeted: “Sad to hear that George Michael has died. He was an exceptional artist and a strong supporter of LGBT and workers’ rights.” Rocker and activist Billy Bragg tweeted: “His support for the LGBTQ community, the NHS and the miners marked George Michael out as an activist as well as a great artist.”

Also on Twitter, Richard Osman, host of the U.K. TV show Deal or No Deal revealed that the day after a woman shared on the program that she needed £15,000 for IVF treatment, Michael secretly called in to make a donation to cover the cost of the medical procedure. Hours later, journalist Sali Hughes tweeted: “I wrote in a piece ages ago about a celeb I’d worked with tipping a barmaid £5k because she was a student nurse in debt. Was George Michael.” Several other such anecdotes, all noting Michael’s wish to remain anonymous followed suit.

But it was HIV/AIDS that seemed to be the cause nearest to his heart. In fact, it’s been reported that the song “Jesus to a Child,” and the album, Older, that it appears on, was dedicated to Anselmo Feleppa, who, Michael wrote in the album notes, “changed the way I look at my life.” Feleppa was an early partner of Michael’s who died of AIDS-related illness in 1993.

In 1992, following the death of Freddie Mercury also from AIDS-related illness, Michael performed a truly rousing rendition of “Somebody to Love” at the Freddie Mercury Tribute Concert for AIDS Awareness, held at Wembley Stadium. (Watch the video below.)

That same year Michael helped get the Red Hot + Dance album project (the follow-up to the successful AIDS fundraising album Red Hot + Blue) off the ground by contributing three songs, including the hit “Too Funky.” (Watch below.) Although his additional help on the project was not publicized, the album’s liner notes point out that “his work behind the scenes ensured that this LP saw the light of day.”

In 1998, Michael once again lent his star power to draw attention to AIDS. This time around, he hosted the MTV-produced film Staying Alive, about six young people around the world living with or affected by HIV. The high-profile film helped launch the Staying Alive Foundation, which provides targeted information about HIV and AIDS using a wide range of interventions that include programming, advocacy and grant making.

That was also the year that Michael publicly came out as gay in an interview on CNN following his arrest for public solicitation of sex in Los Angeles. (See a clip of the interview below.) The revelation wasn’t a shock, since for years he’d been alluding to being something other than what people knew him as, but it shed new light on lyrics such as these from “Freedom ’90”: “I think there’s something you should know / I think it’s time I told you so / There’s something deep inside of me / There’s someone else I’ve got to be.”

His coming out also opened him up to express the gay side of the sex-positive attitude he’d coyly displayed from the safety of the closet way back in 1987, in the song “I Want Your Sex.” With 1998’s ode to public sex, the song “Outside,” and its campy video, Michael came out, thumbed his nose at the undercover sex police and celebrated not only sex but his sexual identity, giving us a role model, in addition to the pop idol we knew he was and the philanthropist and all-around generous man some of us are now beginning to know.