© 2021 Smart + Strong. All Rights Reserved. Terms of use and Your privacy. Smart + Strong® is a registered trademark of CDM Publishing, LLC.

What is Parkinson’s disease?

Parkinson’s disease is part of a group of conditions that affect the movement of the body. The disease gets progressively worse and can lead to severe disabilities in some individuals.

What are the symptoms of Parkinson’s disease?

The first signs of Parkinson’s may be barely noticeable. A feeling of weakness or stiffness in one limb or trembling of one hand at rest may be the only signs. The main symptoms of Parkinson’s include:

Parkinson’s is caused by a gradual deterioration of nerve cells in the midbrain where movement is controlled. The disease develops when the cells of the basal ganglia, a group of structures in the brain that require two substances known as neurotransmitters (dopamine and acetylcholine) to function properly, begin to degenerate and stop producing dopamine. This throws off the balance between the two neurotransmitters.

Researchers believe that there is a genetic component to Parkinson’s, but in the majority of cases the cause remains unknown.

Who is at risk for Parkinson’s?

Risk factors for Parkinson’s disease include:

How is Parkinson’s disease diagnosed?

Currently, diagnosis of Parkinson’s is based on medical history, a review of your signs and symptoms, and a neurological exam. Labs and blood tests do not help to make the diagnosis. Doctors may order brain scans and lab tests to rule out other diseases.

How is Parkinson’s disease treated?

There is no cure for Parkinson’s, but several medications can help control your symptoms. The main drug prescribed for Parkinson’s is levodopa, a natural chemical the passes into the brain and is converted to dopamine.

Other medicines used to treat the disease include:

But surgery may be appropriate in cases in which the disease does not respond to drug therapy. 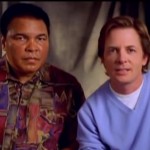