When lupus took Nick Cannon by surprise, he responded by simply rewriting his life.

Last Christmas, Nick Cannon shared a photo of himself on Instagram that showed him hooked up to a machine in a hospital undergoing treatment for complications from lupus. In 2012, Cannon’s bout with failing kidneys mystified doctors. “I thought I’d gotten a kidney infection from not drinking a lot of water,” says the host of the highly rated MTV sketch comedy and improv series Wild ’N Out. “They tried to figure out what caused this because I was young and healthy, and it shouldn’t have happened.” A couple of kidney biopsies later, however, Cannon learned that lupus, an autoimmune disease, was the culprit. His doctor told him he’d have to learn to live with the incurable illness.

According to estimates by the Lupus Foundation of America, 1.5 million Americans and at least 5 million people worldwide are living with some form of lupus. The illness attacks mostly women of childbearing age, and women of color are two to three times more likely to develop lupus than white women. But men, as well as children and teenagers, also get lupus.

In the United States, about 150,000 men have the illness. What’s more, in people under age 18 and over age 50, as many males as females have lupus, explains the Lupus Research Alliance, the world’s largest private organization that funds lupus research.

The most common type of the disease is systemic lupus erythematosus, or SLE, which affects many parts of the body. In addition, when the body’s immune system attacks its own tissues and organs, many different types of lupus can occur.

Although no two cases of lupus are identical, most of the time the disease develops—and is treated—the same way in men and women.

Cannon says he checked to see whether any relative ever had the disease, but no one in his immediately family did.

“My first concern was whether this was something I could pass on to my children,” Cannon says. (Cannon has two kids with his ex-wife, Mariah Carey, and a third child with a former girlfriend, Brittany Bell.) 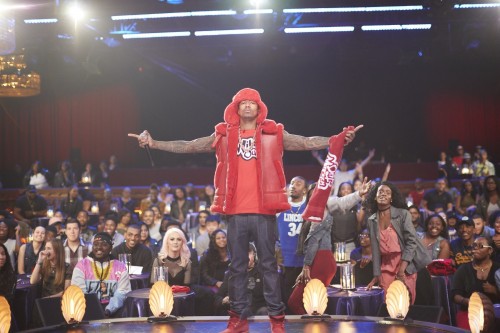 No one knows what causes lupus. But potential triggers for the disease include exposure to sunlight, which can spark lupus skin lesions or a response in people who are susceptible to the illness. An infection and certain anti-seizure, antifungal and blood pressure medications and antibiotics can also precipitate lupus. Additionally, although no gene or group of genes has been proved to cause lupus, findings show that the disease pops up in certain families. Furthermore, when one identical twin develops lupus, the likelihood that the other twin will too is increased. Still, like Cannon, people with no family history of lupus can be stricken with the illness.

Symptoms of lupus vary, but some of the most common include pain or swelling in the joints, legs or around the eyes, muscle aches, fever with no known cause, rashes, chest pain, sensitivity to the sun, mouth ulcers, extreme fatigue, hair loss and pale or purple fingers or toes. When doctors first diagnosed Cannon, he’d experienced fatigue and swelling in his knees that became progressively worse.

“I had a severe episode initially, so I had to do a lot of chemo-like therapy and follow a paleo diet for more than a year—no processed foods and only certain types of vegetables,” he says. “It was really serious the first six to nine months, but then managing the illness became a routine that was more about discipline and knowing that flares would come occasionally.”

Cannon also drastically increased his water intake, and he’s continued to down copious amounts of the beverage he calls “the miracle drug.”

“I drink two gallons of water each day to cleanse my system and make sure my pH level is on point,” he says. “Before being diagnosed with lupus, I knew nothing about water intake beyond drinking eight glasses a day. I also do a lot of vegetable juicing because that’s all I could have at that time. Water and vegetable juice are the two things in my diet that really helped me early on, and they’re part of my routine to this day.”

Poor nutrition, injuries, physical and emotional stress, such as divorce, a death in the family or other life complications, and even exhaustion increase the chance that those with lupus will experience symptoms. These periods of time are called flares or relapses. For Cannon, who juggles acting, TV hosting, songwriting, rapping and DJ’ing, this hectic, high-pressure lifestyle can trigger these unpredictable and frightening medical emergencies. “The stress is what brings on the flares, so I feel like I didn’t know that I was a person who was stressed out,” he says. “I internalize a lot of things, and I feel like trying to always put so much on my shoulders and the lack of rest and always trying to go super hard without taking care of myself is what brings it on.” 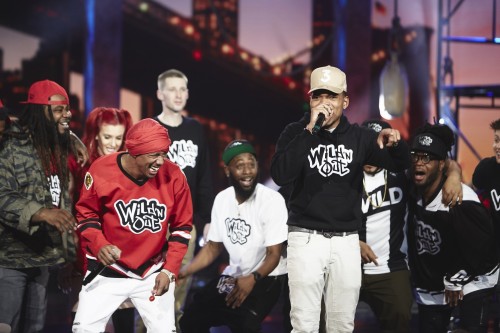 After he got out of the hospital, Cannon struggled to maintain the frenetic pace he’d kept prior to his diagnosis. Predictably, he suffered a setback. A clot in his lungs stemming from his kidney issues landed him in the hospital again just after one month. That’s when Cannon realized that he needed to slow down. He resigned as the host of an early morning radio show on WXRK (92.3 FM) in New York City, which improved his sleep.

“It was explained to me that lupus was an autoimmune disease and that if I managed it properly and took the proper medicine, the illness wasn’t life-threatening,” Cannon says. “To fight it, I had to be extremely careful, get on the right diet, get the proper rest and take care of my body.”

Indeed, lifestyle changes, such as cultivating good eating habits, staying active, avoiding long periods in the sun, controlling stress and taking time for yourself, are key ways those with lupus can manage the illness and minimize flares. “You may need to cut back on hours at work or get friends and family members to help ease the demands in your life,” suggest health care experts at the Lupus Research Alliance. “Try to be flexible. If you’re tired, rest. If you’re in pain, stop what you’re doing. Know your limits. Lupus is not an easy disease, but it can be managed, and you can continue to live a full life.” 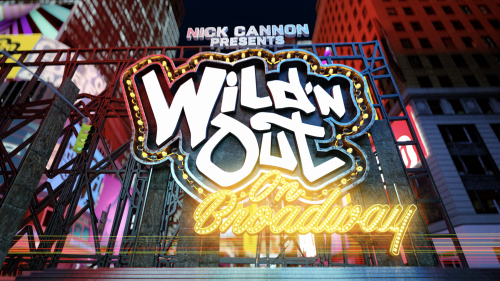 “Since my diagnosis with having pulmonary embolisms because of the lupus and internal bleeding, I treat every single day as a blessing and try to get the most out of each day,” he says. “For example, I don’t get down on myself and worry about things. I’m just happy to wake up.”

This year, MTV renewed Wild ’N Out for its ninth season. The program is just one of the many ventures Cannon helms as a prolific producer of content for TV, the big screen and the internet. Currently, Cannon’s illness is under control. This is another reason the busy entertainer and businessman went public about his lupus diagnosis despite advice that he should stay mum.

Cannon became a spokesperson for the Lupus Foundation of America so he could tell others what he went through and to motivate those living with the illness.

“There have been times when it takes two hours to get out of bed or I can’t move,” he says. “But my lifestyle has changed in such a way that I have to be the best me that I can be. This means sometimes I have to put myself first before I try to take care of everyone else.”

Until a Cure Is Found

A number of medicines can relieve the most troublesome symptoms of lupus.

In 2011, the Federal Drug Administration approved Benlysta, the first new treatment for lupus in 50 years. Most recently, the agency OK’d a new injectable formulation of the medication for adults with the autoimmune disease.

Commonly, doctors prescribe anti-inflammatory medications, such as aspirin, ibuprofen and naproxen, to reduce lupus-related inflammation, joint pain and stiffness. In addition, acetaminophen may be recommended as a painkiller, though it doesn’t address inflammation.

Prednisone and drugs similar to the steroid are used to decrease the swelling, warmth, tenderness and pain associated with inflammation triggered by lupus. However, because unpleasant side effects go hand in hand with these powerful medicines, the dosage is kept to the minimum needed to effectively relieve symptoms before individuals are weaned off them.

If steroids fail to control a patient’s lupus symptoms or can’t be tolerated, physicians may prescribe immunosuppressive drugs. These big guns include cyclophosphamide (Cytoxan), methotrexate (Rheumatrex) and azathioprine (Imuran). But a serious concern is that medicines in this class reduce the body’s ability to fight off infections thereby boosting the chance that folks will develop viral infections. What’s more, immunosuppressives also increase the risk for certain types of cancer.

Physicians may also prescribe antimalarials, which are used in combination with steroids and other lupus medications. Hydroxychloroquine (Plaquenil) and chloroquine (Aralen) are two of the most common ones used to treat lupus symptoms.

These medicines are most often prescribed for skin rashes, mouth ulcers and joint pain. In addition, they can be potent treatment for mild forms of lupus when doctors worry about inflammation and blood-clotting issues. (Blood clots can be a symptom of lupus that’s life-threatening, so docs sometimes prescribe low doses of aspirin and prescription anticoagulants to thin the blood.)