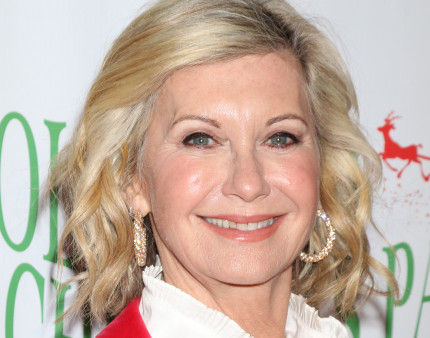 The “Grease” star had been fighting stage 4 metastatic breast cancer. Learn more about the illness in our Breast Cancer Basics.

Oliva Newton-John, the beloved musical star best known for her roles in Grease and Xanadu—as well as a string of pop hits in the ’70s and ’80 such as “Physical” and “I Honestly Love You”—died of stage 4 metastatic breast cancer, reports People magazine. She was 73.

The Australian-British singer had been dealing with breast cancer off and on since 1992, and in May 2017, she said that the cancer had returned and metastasized, meaning it had spread, to the sacrum, which is a large bone at the base of the spine. At the time, she completed photon radiation therapy and natural wellness therapies; she was a strong advocate for plant medicines.

The news of her passing was announced by her husband, John Easterling, via Facebook on Monday, August 8. The post read:

Dame Olivia Newton-John (73) passed away peacefully at her Ranch in Southern California this morning, surrounded by family and friends. We ask that everyone please respect the family’s privacy during this very difficult time.

Olivia has been a symbol of triumphs and hope for over 30 years sharing her journey with breast cancer. Her healing inspiration and pioneering experience with plant medicine continues with the Olivia Newton-John Foundation Fund, dedicated to researching plant medicine and cancer. In lieu of flowers, the family asks that any donations be made in her memory to the Olivia Newton-John Foundation Fund (ONJFoundationFund.org).

A recent report by the American Cancer Society in collaboration with the National Cancer Institute (NCI) found that breast cancer is the most prevalent cancer among women in the United States, followed by uterine and thyroid cancers.

As the Cancer Health Basics on Breast Cancer notes:

Around a quarter of women with early breast cancer will go on to develop metastatic disease. Breast cancer is the most common cause of cancer death among Hispanic women and the second most common cause among white, Black and Asian/Pacific Islander women, according to the Centers for Disease Control and Prevention (CDC).

In a special for 60 Minutes Australia in 2019, Newton-John and her daughter, Chloe, spoke candidly and emotionally about the toll of the singer’s cancer journey. You can watch it on YouTube.

For a collection of articles on this topic, click #Breast Cancer. You’ll find headlines such as