The video’s closing words: “I have walked this earth, Black, Queer and HIV positive, but no transgression against me has been as powerful as the hope I hold within.”

HIV plays a surprising role in Madonna’s just-released video for her song “Dark Ballet.” That’s because the cinematic tale stars Mykki Blanco, a gender- and genre-defying rapper and performance artist who has been living with HIV his entire career and has often explored the subject in his work. 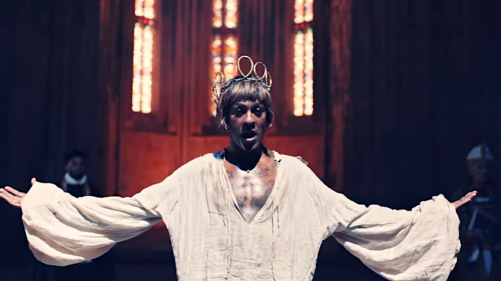 Madonna barely appears in “Dark Ballet.” Instead, Blanco plays a persecuted Joan of Arc, at times lip-synching as Madonna sings. The video, directed by Emmanuel Adjei, closes with a quote from Blanco: “I have walked this earth, Black, Queer and HIV positive, but no transgression against me has been as powerful as the hope I hold within.” 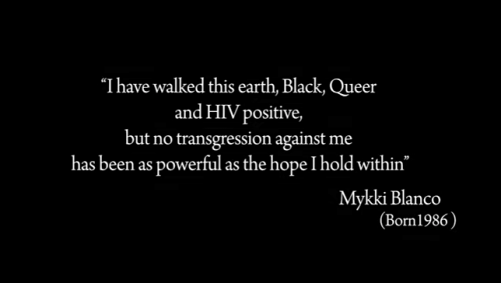 Madonna’s upcoming album, Madame X, drops June 14. Her latest work arrives as she spars with The New York Times Magazine for its recent profile on her. She took to Instagram to voice her beefs with the article—namely, that it focuses on her age and her material possessions:

Madame ❌ on the cover of N.Y.T. Magazine photographed by my dear friend @jr..........Also sharing my fav photo that never made it in, along with pre-shoot chat and a celebratory glass of wine ???? after many hours of work! To say that I was disappointed in the article would be an understatement- It seems. You cant fix society And its endless need to diminish, Disparage or degrade that which they know is good. Especially strong independent women. The journalist who wrote this article spent days and hours and months with me and was invited into a world which many people dont get to see, but chose to focus on trivial and superficial matters such as the ethnicity of my stand in or the fabric of my curtains and never ending comments about my age which would never have been mentioned had I been a MAN! Women have a really hard time being the champions of other women even if. they are posing as intellectual feminists. Im sorry i spent 5 minutes with her. It makes me feel raped. And yes I’m allowed to use that analogy having been raped at the age of 19. Further proof that the venerable N.Y.T. Is one of the founding fathers of the Patriarchy. And I say—-DEATH TO THE PATRIARCHY woven deep into the fabric of Society. I will never stop fighting to eradicate it. ????

Face creams and Frida Kahlo paintings aside, journalist Vanessa Grigoriadis did offer some interesting insight into Madonna. Such as this:

While [Madonna] was becoming a “creamy smooth pop icon goddess,” she said, she lost many friends to AIDS, including her ballet teacher from Michigan and the artist Keith Haring. She described the disease destroying her locals-only scene in Lower Manhattan. “I saw people starting to behave differently toward people who were H.I.V.-positive or who had AIDS—not wanting to shake their hands or eat chips out of the same bowl or touch the same doorknob,” she said. “It made me sad. It made me feel sick. It made me want to kick everybody’s ass.”

Then she started talking about Malawi, where more than 70,000 children were living with H.I.V. I had never heard her make an overt connection between being unable to save her friends in the early days and the philanthropy she has done in Malawi, as well as adopting four of her kids, but now she made the link clear. She quoted lines from a new song on her record: “Life is a circle. Death and loss brought me new life. Brought me to life. Brought me to love.”

In related POZ news, read “Mykki Blanco Explores HIV Stigma in the Music Video for ‘Hideaway’” and learn about his public disclosure of his HIV status in 2015 in this article. 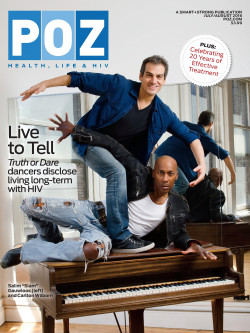