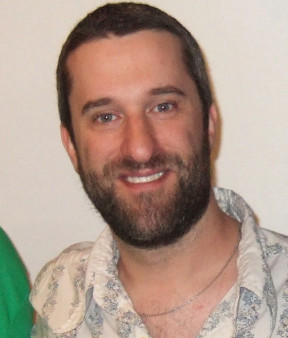 Actor Dustin Diamond, best known for playing the nerdy character Screech on teen sitcom Saved By the Bell, died Monday at age 44. Diamond died just weeks after being diagnosed with stage 4 small cell carcinoma, a type of cancer that commonly occurs in the lungs but can also originate in the prostate or gastrointestinal tract.

“In that time, it managed to spread rapidly throughout his system; the only mercy it exhibited was its sharp and swift execution,” read a statement from the actor’s management team after his death. “Dustin did not suffer. He did not have to lie submerged in pain. For that, we are grateful.”

University of Colorado Cancer Center member Erin Schenk, MD, PhD, says small cell carcinoma — a rare cancer that often spreads aggressively and has no associated screening procedure — is a reminder of how much work medical professionals have left to do in the fight against cancer.

“Even when everyone does exactly what they should — meaning the patients bring their concerns to the attention of their doctors and their doctors do all the appropriate tests and get the appropriate therapy started — unfortunately, even in 2021, people can sometimes have an untimely death because of cancer,” says Schenk, also an assistant professor in the University of Colorado School of Medicine Division of Medical Oncology.

Diamond was hospitalized on Jan. 12 after experiencing severe pain throughout his body — a sign that the cancer had metastasized, or spread, from its point of origin, Schenk says.

“Often cancers don’t cause pain until they’re invading other key organs,” she says.

It’s unclear if Diamond was experiencing pain prior to mid-January, but Schenk says it’s possible he had less severe, more localized pain that could have been investigated sooner. It’s not uncommon during the COVID-19 pandemic, she says, for people to put off treatment and screenings out of fear of being infected during a doctor visit.

“We’re starting to learn how the COVID pandemic has really impacted not only our current cancer patients, but also the cancer patients who are getting diagnosed,” she says, “In a number of studies across the world, what’s being reported is that patients are presenting to our offices with more advanced disease than they were pre-COVID. People putting off their usual health screenings is really going to have an impact in years to come in terms of patients being diagnosed with cancer that is more advanced, as well as other chronic, controllable diseases like high blood pressure, diabetes, and heart disease. This will set the health of the world back quite a bit.”

Schenk urges anyone with unexplained, persistent symptoms such as pain to see a doctor as soon as they can and stresses that telehealth visits and local blood-testing and imaging facilities can help ease fears about going to a hospital or clinic to seek treatment.

“There’s a lot more flexibility now,” she says. “You don’t have to go to your academic medical center and get everything done there.”

Though there is no screening for the small cell carcinoma that killed Diamond, Schenk says certain subtypes of this cancer can run in families, so it’s important to have discussions with family members who were diagnosed with cancer about the type of cancer they had and at what age they were diagnosed.

“Especially if they were under 50 years old, that’s often a clue to us that we might need to do some additional evaluation to really take a deep dive into the genetics of the patient and the family to see if they have predispositions to some of these cancers,” Schenk says.

In the end, Schenk says, Diamond’s death was due to a rare set of circumstances surrounding a rare type of cancer, and there is still much for doctors to learn about cases like his.

“This one is really hard. This one is unfortunately just a rare thing that sometimes happens in young people, where he did just not survive very long,” she says. “This is an extreme of an extreme, but it still is devastating to the family and friends and loved ones.”

This article was originally published on February 3, 2021, by the University of Colorado Cancer Center. It is republished with permission.