Learning From the Deaths of Anthony Bourdain and Kate Spade

With suicide on the rise, identifying the warning signs and evaluating your well-being and that of loved ones is increasingly important.

The heartrending deaths of celebrated designer Kate Spade and renegade chef, writer and TV host Anthony Bourdain, both of whom died by suicide last week, have dominated recent headlines as tributes to the cultural icons flood media outlets around the world.

While this is certainly a time for grief and reflection for family members, loved ones and fans of both Spade and Bourdain, these high-profile deaths provide members of the public at large with an opportunity both to reflect on our own well-being as well as that of others.

In the Los Angeles Times, Spade’s friend Ingrid Schmidt related, “With the news of her death, I’ve hugged all my friends a little longer, held them a little closer, this week. We will miss you forever, Kate. All of those sleek nylon totes we all coveted back then. All of the kitsch and the color. All of the memories.”

And on Twitter Friday, celebrity chef Gordon Ramsay wrote of Bourdain’s death: “Stunned and saddened by the loss of Anthony Bourdain. He brought the world into our homes and inspired so many people to explore cultures and cities through their food. Remember that help is a phone call away US:1-800-273-TALK UK: 116 123.”

Sadly, Ramsay’s reminder may be more necessary than ever. On June 7, the Centers for Disease Control and Prevention (CDC) released a report on suicide the Vital Signs: Trends in State Suicide Rates—United States, 1999–2016 and Circumstances Contributing to Suicide—27 States, 2015, that noted that deaths by suicide have increased by more than 30 percent in half of U.S. states since 1999.

Additionally, a TIME article from February reported that a study found suicides spiked after the “highly publicized” death by suicide of Robin Williams in 2014.

The CDC report includes suicide prevention, stating that it’s important to identify those at risk for suicide, to “connect people at risk to effective and coordinated mental and physical health care” and to “teach coping and problem-solving skills to help people manage challenges with their relationships, jobs, health or other concerns,” among other tips.

Knowing the warning signs of suicide, including isolation, extreme mood swings, making plans for suicide, among others, can also help to prevent it.

And although mental health issues often do factor into suicide, the CDC report also notes that 54 percent of individuals who die by suicide have no known mental health condition at the time of their death.

For further reading on suicide prevention, visit the CDC website or other resources, like the #BeThe1To website. If you or a loved one is feeling depressed or has considered suicide, call the National Suicide Prevention Lifeline at 800.273.TALK (800.273.8255) or visit the National Suicide Prevention Lifeline website. You can also contact the crisis text line, found here. 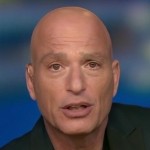