But how they address their health matters too.

Celebrities are just like normal people. They pay their taxes, spend time with their families and, of course, get sick. They may be lucky enough not to need to wait for two hours at the doctor’s office, but, unlike the rest of us, they don’t always enjoy privacy.

Fans expect celebrities with health conditions to use their platform to raise awareness of medical issues and to serve as advocates. When a celebrity choses to remain silent or isn’t sympathetic to others with the condition, fans with similar health problems may become resentful.

The analysis of responses to two different celebrities by Treato, a website dedicated to gathering data from online discussions on health, proves this point.

In 2011, news broke that actress Catherine Zeta-Jones was seeking treatment for bipolar disorder. She later spoke candidly in interviews about her experience with mental illness.

She told The Telegraph in 2013, “I know I’m not the only person who suffers with it or has to deal with it on a day-to-day basis, so if I helped anybody by discussing bipolar or depression, that’s great.” 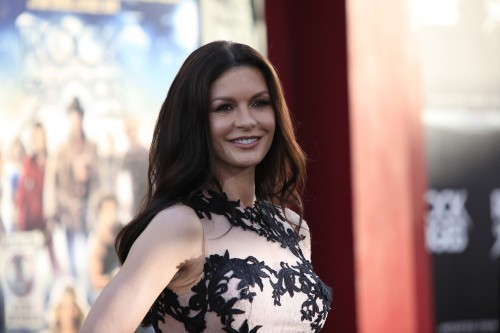 Fans admired Zeta-Jones for confronting her mental illness in a positive and charming manner. However, people were not too pleased when Kim Kardashian much less humbly discussed her psoriasis diagnosis on her reality show.

During a dermatologist visit featured in an episode of Keeping Up With the Kardashians, Kardashian talked about the pressure on her to look perfect and worried what tabloids would print about her if they saw her less-than-perfect skin.

Commenters in health forums were not sympathetic.

Since, the majority of psoriasis patients don’t have to worry about the paparazzi, Kardashian struggle is unrelatable. Fifty percent of people in the discussions didn’t think Kardashian could be a good advocate even if she tried.

Hollywood stars, if you’re reading this please understand how important it us for us regular folks to have our health conditions portrayed positively. Save your drama and tears for television.