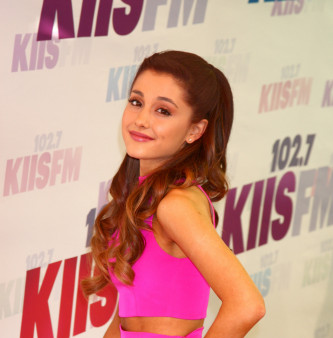 Ariana Grande Opens Up About Her PTSD a Year After U.K. Attack

A year after a suicide bomber detonated a bomb at a Manchester concert, Grande discusses her posttraumatic stress disorder.

In May 2017, a suicide bomber killed 22 fans and injured another 59 at an Ariana Grande concert in Manchester, United Kingdom. Months after the atrocity, Grande spoke publicly about the posttraumatic stress disorder she developed following the event. Now, a year later, as the cover star of this July’s issue of British Vogue, Grande discussed her PTSD, noting that she found it especially difficult to cope with the knowledge that many of the thousands of young fans who had come to hear her sing had left the concert injured or had been killed.

Grande often feels guilty discussing her PTSD because she thinks she lacks the authority to do so. In her interview with Vogue, the pop star shares, “I know those families and my fans, and everyone there experienced a tremendous amount of it [PTSD] as well. Time is the biggest thing. I feel like I shouldn’t even be talking about my own experience–like I shouldn’t even say anything.”

Last month, in an Instagram post, Grande unveiled a new bee tattoo behind her ear as a way of commemorating the tragedy. (Manchester is known for its industrial past, and the worker bee is often used as an emblem for the city, even appearing in the city’s crest.) Grande says she has been so deeply affected by this tragic event that she doesn’t think she’ll "ever know how to talk about it and not cry.” The tattoo serves to remind her that this tragedy will always be a part of her, something she’ll carry wherever she goes.

According to CNN, there has been, on average, one school shooting every week this year. Some incidents, like the massacre at Marjory Stoneman Douglas High School in Parkland, Florida, make the news, but others don’t. What they have in common is the trauma left behind for all the kids directly or indirectly affected by the events.