What are uterine fibroids?
Uterine fibroids are noncancerous growths of the uterus (womb) that most often appear during a woman’s childbearing years. They are also called fibromyomas, leiomyomas or myomas. About 20 percent to 80 percent of women develop fibroids by the time they reach age 50. African-American women, however, are three times more likely to develop uterine fibroids than Caucasian women. Most often, they occur in women ages 40 and older, but may also occur in women under age 35 and those in their early 20s. Ranging in sizes undetectable to the human eye to those grown large enough to give a woman the appearance of being pregnant. The growth of uterine fibroids may also distort the inside as well as the outside of the uterus. The fibroids develop from the smooth muscular tissue of the uterus and are caused by the repeated reproduction of a single cell. The single cell’s repeated reproduction eventually forms a pale, rubbery mass called a fibroid.

What are the symptoms of uterine fibroids?
Although most uterine fibroids cause no symptoms, and are often discovered during a routine pelvic examination, the following symptoms may indicate their presence.

If a woman experiences any of the above symptoms, she should see her doctor to confirm, through tests, whether or not she has uterine fibroids.

What are the treatment options for uterine fibroids?
Treatment options for uterine fibroids range from watchful waiting (for those women who have fibroids with no or few symptoms); administration of medications that work to shrink fibroids, relieve fibroid symptoms or help control menstrual bleeding without reducing fibroid size; minimally invasive, non-surgical procedures, such as uterine fibroid embolization (UFE) and high intensity focused ultrasound (HIFU, a relatively new procedure with limited availability in the U.S.) to surgical procedures, such as endometrial ablation (removal of the lining of the uterus to reduce bleeding), myomectomy (removal of fibroids and leaving the uterus in place) and hysterectomy (removal of the uterus and sometimes the ovaries).

Quick Tips
Before deciding on any uterine fibroid treatment option, first do your research.

Understand Your Options: Women should understand what each treatment option involves and how it will impact on her life.

Talk to Others: Speak to other women who have the condition and consult with a gynecologist and other health care professionals who treat uterine fibroids. 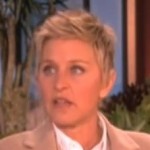 Ellen on Body Image, and Beauty