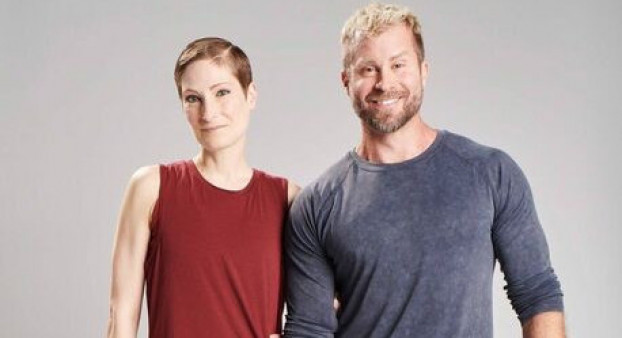 “It’s a WIN! A WIN for theater people, for middle aged people, for anyone who has medical obstacles and told they have limitations,” Ramsay posted on Instagram. “Congrats to my #teambroadway partner Catherine Wreford Ledlow. We did it!”

Ledlow, 42, and Ramsay, 45, have supported each other through difficult times during their 25-year friendship. This was especially true when in 2013 Ledlow was diagnosed with an anaplastic astrocytoma, a type of malignant brain tumor, and told she had between two and six years to live. After Ledlow had surgery, followed by years of treatment, the pair decided to try out for the reality competition show The Amazing Race Canada, which awards winners a $250,000 cash prize and two Chevrolet Silverado ZR2s.

“I wanted to show everybody that has an obstacle that they can get through it,” Ledlow said in an interview with the Toronto Star. “They, too, can muster up the courage to take down the walls that are in front of them.”

“Our reasoning for doing the race itself was because Catherine had a potentially limited time here,” Ramsay said. “She’s inspired people throughout her whole life, and even more so now, I wanted longevity in this race to showcase as much of Catherine’s story as possible.”

The Season 8 winning duo first met at the Royal Winnipeg Ballet School nearly two decades ago and spent several years acting onstage, including on Broadway in New York City. Ledlow has performed in 42nd Street, Oklahoma and Annie Get Your Gun, while Ramsay’s credits include Mamma Mia! and Fiddler on the Roof, according to BroadwayWorld.com. He and his husband also starred in the reality series Newlyweds: The First Year. 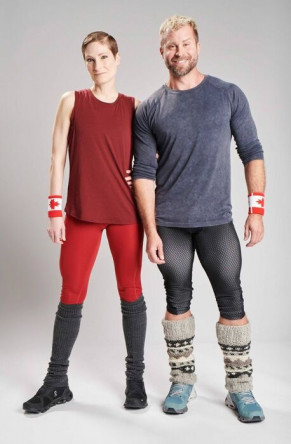 The Amazing Race spans 24 cities and over 20,000 kilometers from coast to coast and requires a unique set of skills that the duo successfully brought to the table. Ramsay, for example, is not only a fitness expert, author and television personality—he also has a photographic memory. Ledford brought her knowledge as a mathematician and former nursing school student. Ramsay credits their win to the pair’s combined skills that “surprised other teams.”

“With the Amazing Race, it was an opportunity to step in and show what support for a friend going through a terrible diagnosis is and often looks like,” Ramsay said in the Toronto Star.

The pair hopes their appearance on the show will impact and inspire others to connect with their friends and create personal memories together.

“This competition was all about trust. I trust him 100 percent and I know he trusts me,” Ledlow added. “When you have that, the world’s your oyster.”