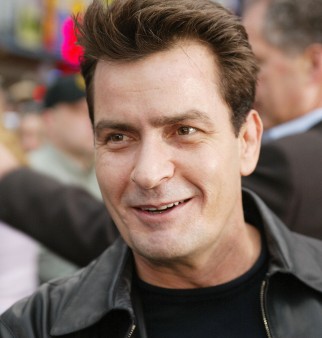 Charlie Sheen Went From “Suicidal” to “Grateful” After His HIV Diagnosis

The actor is still in the FDA trial of an injectable HIV med.

HIV meds are truly lifesaving—but not usually in this sense. Charlie Sheen says he was suicidal when he learned he was HIV positive. “The day I was diagnosed, I immediately wanted to eat a bullet,” the actor told ABC News’s Michael Strahan on Good Morning America. “But my mom was there. I wouldn’t do that in front of her or let her find me to clean up that mess.”

Suicidal thoughts diminished when a doctor came over, gave him some pills and told him he was going to live. “If I was there with, you know, brain cancer or, or, a stomach thing or some meningitis,” Sheen added. “We wouldn’t be sitting here right now.”

The Two and a Half Men star said he was “grateful” for the medications available and the health care he received. He had a rough time taking the HIV meds in pill form but is now in an FDA study of the weekly injectable PRO-140. He has been in the study for eight months now.

“It’s not this hideous cocktail that, that, that leads to so many side effects,” he said. “It’s one shot a week, and there’s no side effects,” Sheen said, adding, “I can feel the future of this thing, and it’s much bigger and more important than I am.”

Sheen was on the morning show to promote his new movie, Mad Families, which will stream on Crackle.

When asked whether he’s happy today, the actor replied, “Like all of us, some days are better than others, but most days are freaking cool. I walk out in the world, and there’s warm hugs and compliments. There’s nothing but love out there.”

He ended by making a prediction about his life 10 years from now: “Here’s what I do know, I’ll still be here.”

And to read a POZ roundup of articles about PRO-140, click here.